Manage and Adapt to Heat in the Environment

The concurrent occurrence and impacts of extreme heat and drought is a growing concern in many world regions, particularly arid zones and cities. Warmer temperatures accelerate the evaporation of moisture from soil, making periods with low precipitation drier than they would be in cooler conditions. Droughts can persist when very dry soils and diminished plant cover can further suppress rainfall in an already dry area. Relatively short but severe periods of warm air temperatures combined with anomalously low and rapidly decreasing soil moisture can also result in what’s known as a heatwave flash drought, impacting agricultural production and food security.

Drought conditions impact health, agriculture, water resources, transportation and energy sectors, and can lead to wildfires. Climate change is accelerating the occurrence of both drought and increasingly hot temperature conditions, including the likelihood of the co-occurrence of these phenomena. Source C2ES Drought and Climate Change This is evidenced by a sharp increase in combined dry-hot extreme conditions in recent years, being driven by increasing global temperature trends rather than meteorological drought. Source A century of observations reveals increasing likelihood of continental-scale compound dry-hot extremes

As global temperatures continue to rise, rainfall will increasingly be experienced in extremes: with long dry spells, dangerous floods – and in some places, intense water shortages. As early as 2025, the World Health Organization estimates that half of the world’s population will be living in water-stressed areas. Source WHO. Drinking Water  Management of all water resources will need to be improved to ensure water security for all.

Although fire is a natural and essential part of ecosystems, warming temperatures and drying soils – both tied to climate change – have contributed to observed increases in catastrophic wildfire activity in many parts of the world, from Scandinavia and Siberia to Australia, South and North America. Earlier snowmelt and higher temperatures, and resulting drier soils from increased evaporation in addition to greater water loss from vegetation, have contributed to lengthening the fire seasons in some areas. As the climate continues to warm, wildfires are likely to continue to increase without active fire management practices. Source The Connection Between Climate Change and Wildfires

Extreme heat can interact with and compound the impacts of air pollution. Heat and sunshine intensify ground-level pollution by mixing with nitrous oxide gases (from sources like car exhausts) to create ozone, a pollutant. This is the reason why hot days are often also hazy, which can be detrimental to health, particularly for those with lung conditions like asthma and cardiovascular disease. The combination of heat and air pollution leads to higher death rates than either factor working independently. When wildfires occur during a heatwave, smoke can significantly increase the risk of death.

Increasingly frequent and destructive storms are putting a growing number of communities at risk in coastal regions worldwide, often during the heat season. Most tropical cyclones occur during the late summer to early fall—that is, from July to September in the Northern Hemisphere and from January to March in the Southern Hemisphere. The overlap in the warm season and cyclone season can amplify disaster risks. Heatwaves are sometimes observed to occur following tropical storms and cyclones. Communities may find themselves devastated by a storm and often without water or electricity (access to cooling and communication), only to experience a heatwave.

People exposed to hot outdoor temperatures are often also exposed to solar ultraviolet radiation from the sun. Overexposure to sunlight is widely accepted as a principle underlying cause for harmful effects on the skin, eye and immune system, including skin cancer. Experts believe that four out of five cases of skin cancer could be prevented, as UV damage is mostly avoidable.

Sunburn may be one of the most frequent impacts of overexposure to sunlight. Sunburn limits the body’s ability to cool down when overheated and can exacerbate heat strain.

Some of the most deadly infectious diseases are highly sensitive to changes in climatic conditions, including increasingly warm temperatures and longer warm periods. For example, temperature, precipitation and humidity have a strong influence on the reproduction, survival and biting rates of the mosquitoes that transmit malaria and dengue fever, and temperature affects the life-cycles of the infectious agents themselves. The same meteorological factors also influence the transmission of water and food-borne diseases such as cholera, and other forms of diarrhoeal diseases. Foodborne outbreaks due to E.coli and salmonellae are known to increase in warmer weather conditions. Hot, dry conditions favour transmission of meningococcal meningitis – a major cause of disease across much of Africa. All of these diseases are major health problems. Some 50 million people around the world suffer from dengue fever each year. Diarrhoea kills over two million people annually, and malaria almost one million. Meningitis kills thousands, blights lives and hampers economic development in the poorest countries.   Source WHO, WMO. Atlas of Climate and Health

While temperatures and heat may play a limited role in determining where and when many other infectious diseases occur, hotter weather can compound impacts and worsen outcomes for those who are already ill, and can increase transmission rates as people congregate outdoors and in public spaces. An additional caseload of heat stress patients can place strain on healthcare and other critical systems at the same time as infectious disease outbreaks, pushing them beyond capacity.

Hot weather conditions also impact health seeking behaviours, particularly during disease outbreaks. Some people experiencing heat illness may be afraid to seek healthcare for fear of infection in a hospital; or those experiencing symptoms of heat stress may seek care because of fear of being infected with a disease which exhibits similar symptoms.

Transport infrastructure is vulnerable to extreme heat.  Railway lines, airport runways, bridges and road systems not built for extreme thermal conditions can all be damaged and disrupted by extreme heat.

Electrical grids are highly vulnerable to failure and reduced efficiency during hot weather. Hot weather almost always comes with a surge of increased energy demand for air conditioning and cooling. Increased demand can physically stress power plants and transmission grids in multiple ways, resulting in failures or managed “brownouts” to minimize potential damage.  The loss of electricity for cooling when it is needed most, can dramatically contribute to exposures to dangerous indoor temperatures.

Detrimental impacts of extreme heat in the environment require serious action on climate change, as well as comprehensive preparedness and risk management.

Mitigating climate change by reducing greenhouse gas emissions is imperative and urgent. Heat-related problems are destined to increase for decades to come, due to greenhouse gases already in the atmosphere that are rapidly warming the earth’s climate. However, the degree and rate of future warming and impacts beyond 2100 will depend on the success of climate change mitigation efforts. Meeting the targets of the UNFCCC Paris Agreement is critical for us all.

Meeting global demands for energy-efficient, climate-friendly, and affordable cooling solutions is a critical part of climate action and adaptation.

Epidemiological studies, social science, risk assessment and multi-hazard risk forecasting capabilities are fundamental to incorporate the differentiated needs of vulnerable groups into risk planning for compound hazards. It is also essential to inform appropriate and effective responses and public messaging of what action should be taken. Multi-disciplinary understandings of the risk context and perceptions are critical to effective short and long-term actions. 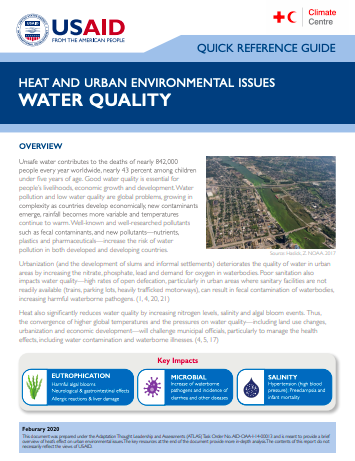 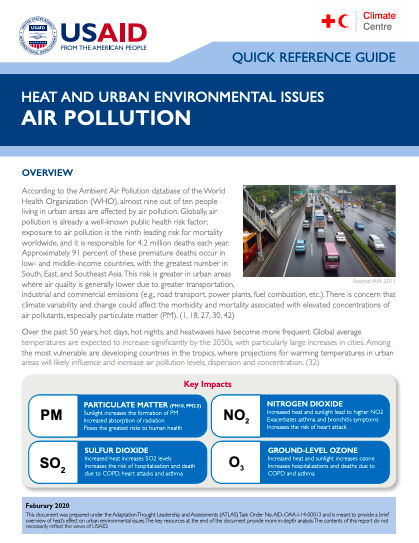 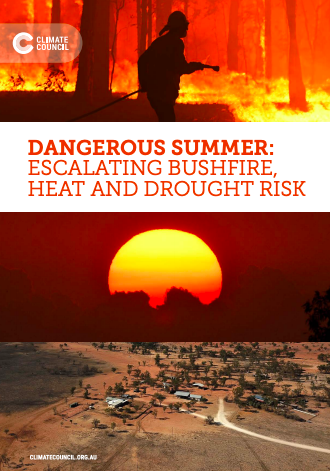 For information on personal cooling and heat illness detection and management, visit our section on managing and adapting to heat in the body.