Manage and Adapt to Heat at Work

Occupational heat stress can impact the productivity, safety and health of both outdoor and indoor workers who don’t have access to appropriate cooling.

Occupational heat stress is created by the combination of the environment and working conditions. Temperatures above 24-26°C are associated with reduced labour productivity. At 33-34°C, a worker operating at moderate work intensity loses 50% of his or her work capacity, while exposure to excessive heat levels can lead to heat stroke and death.

By 2030 the equivalent of more than 2% of total working hours worldwide is projected to be lost every year, either because it is too hot to work or because workers have to work at a slower pace – a productivity loss equivalent to 80 million full-time jobs. In Southern Asia and Western Africa the resulting productivity loss may even reach 5%. Tool tip Working on a warmer planet: The impact of heat stress on labour productivity and decent work

Industrial workers in indoor settings are also at risk if temperature levels inside factories and workshops are not regulated properly. At high heat levels, performing even basic office and desk tasks becomes difficult as mental fatigue, and physiological and cognitive decline sets in due to heat strain. Source Working on a Warmer Planet (ILO)

Some groups of workers are more vulnerable than others because they suffer the effects of heat stress at lower temperatures. Older workers, in particular, have lower physiological resistance to high levels of heat. Yet they represent an increasing share of workers – a natural consequence of an ageing population. Source Working on a Warmer Planet (ILO)

Workers in tropical and subtropical subregions are at higher risk of heat stress because of a combination of both extreme temperatures and the high share of agriculture in total employment, a sector particularly exposed to heat stress. These are densely populated geographical areas characterized by high rates of informality and vulnerable employment, making workers particularly susceptible to rising temperatures. Source Working on a Warmer Planet (ILO)

The Scientific Committee on Thermal Factors is an active research and analysis network of dedicated scientists working for the protection of working people from excessive heat and cold exposures in current and future work environments.
Learn More 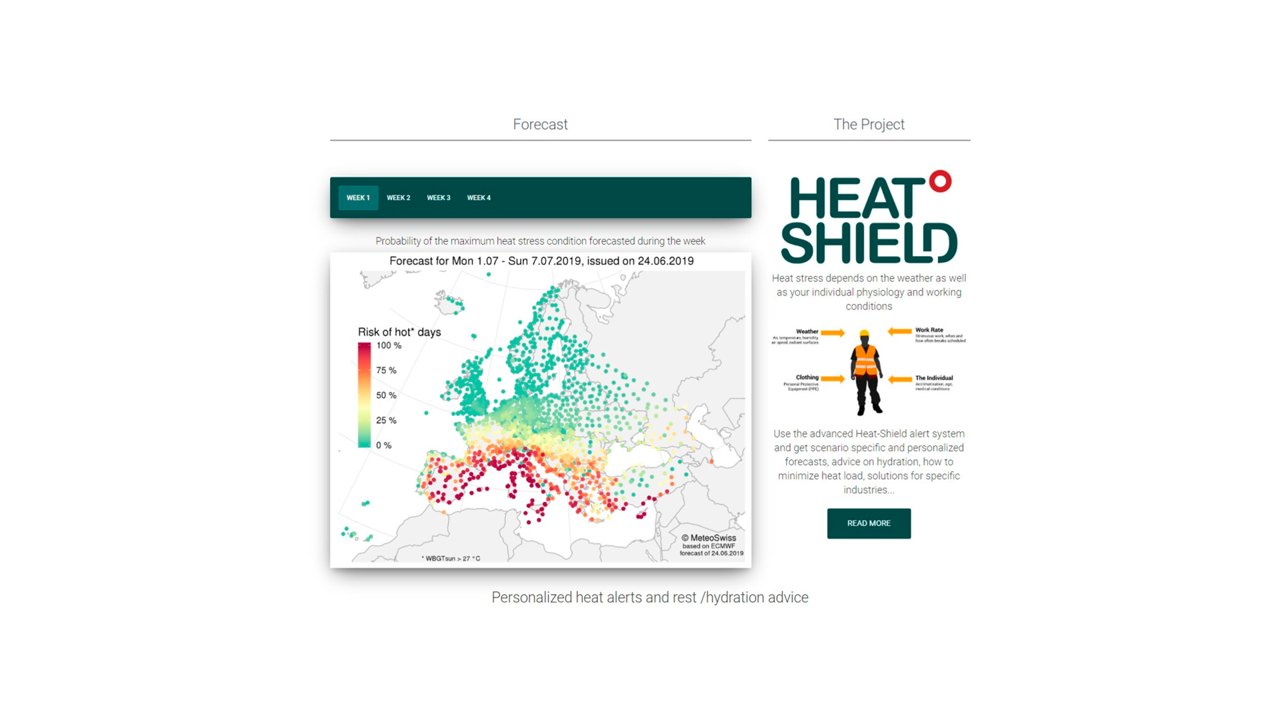 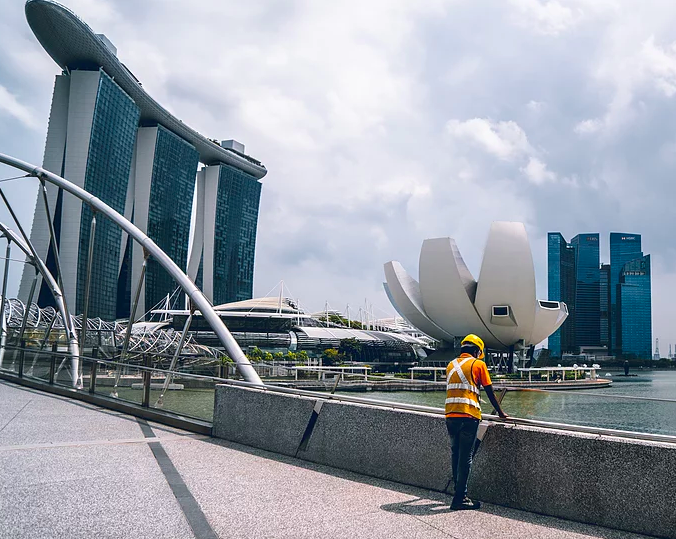 Project Heatsafe seeks to understand the complex threat that heat-exposure poses to human health, well-being, and work productivity in Singapore and other tropical countries such as Vietnam and Cambodia; and to identify sustainable preventive policies and actions that can reduce these impacts.
Learn More

Governments must work together with workers’ and employers’ organizations to design, implement and monitor mitigation and adaptation policies, as recommended in the ILO’s 2015 Guidelines for a just transition towards environmentally sustainable economies and societies for all. Social dialogue plays a crucial role in the development of national policies, including policies on occupational safety and health. With the help of social dialogue tools, such as collective agreements, employers and workers can design and implement policies for dealing with heat stress that are tailored to the specific needs and realities of their workplace.

Although governments are instrumental in creating a regulatory and institutional environment that facilitates behavioural change at the workplace level, the role of both employers’ and workers’ organizations is no less crucial to a successful implementation of adaptation measures.

In addition to the enforcement of occupational safety and health standards, appropriate measures are necessary to improve early warning systems for heat events and to ensure that social protection covers the entire population. International labour standards, such as the Occupational Safety and Health Convention, 1981 (No. 155), can help to guide governments when designing national policies to tackle the occupational safety and health hazards associated with heat stress. Source Working on a Warmer Planet (ILO)  Another important resource for employer and worker organizations is The Scientific Committee on Thermal Factors (SCTF) of the International Commission on Occupational Health – an active research and analysis network working for the protection of working people from excessive heat and cold exposures.

The long-term options for reducing the impact of heat stress on agriculture include promoting mechanization and skills development in order to ensure higher productivity and food security. Measures for monitoring and raising awareness of local weather conditions can help rural households to adapt to heat stress conditions. Source Working on a Warmer Planet (ILO)

As for the construction sector, smart urban planning could help significantly to mitigate heat stress on construction sites in large cities in the medium and long term. Moreover, specific measures for the monitoring of on-site weather conditions, enhanced information sharing and communication, and technological improvements can enable construction workers and their employers to adapt more effectively to heat stress. Source Working on a Warmer Planet (ILO)

Management and adaptation to extreme heat at work requires an awareness of the signs and symptoms of heat-related illness, and an understanding of the measures that can be taken to immediately reduce core temperature. Avoidance of thermal risk and early recognition of cold or heat stress are the cornerstones of preventive therapy. Source Thermoregulatory disorders and illness related to heat and cold stress 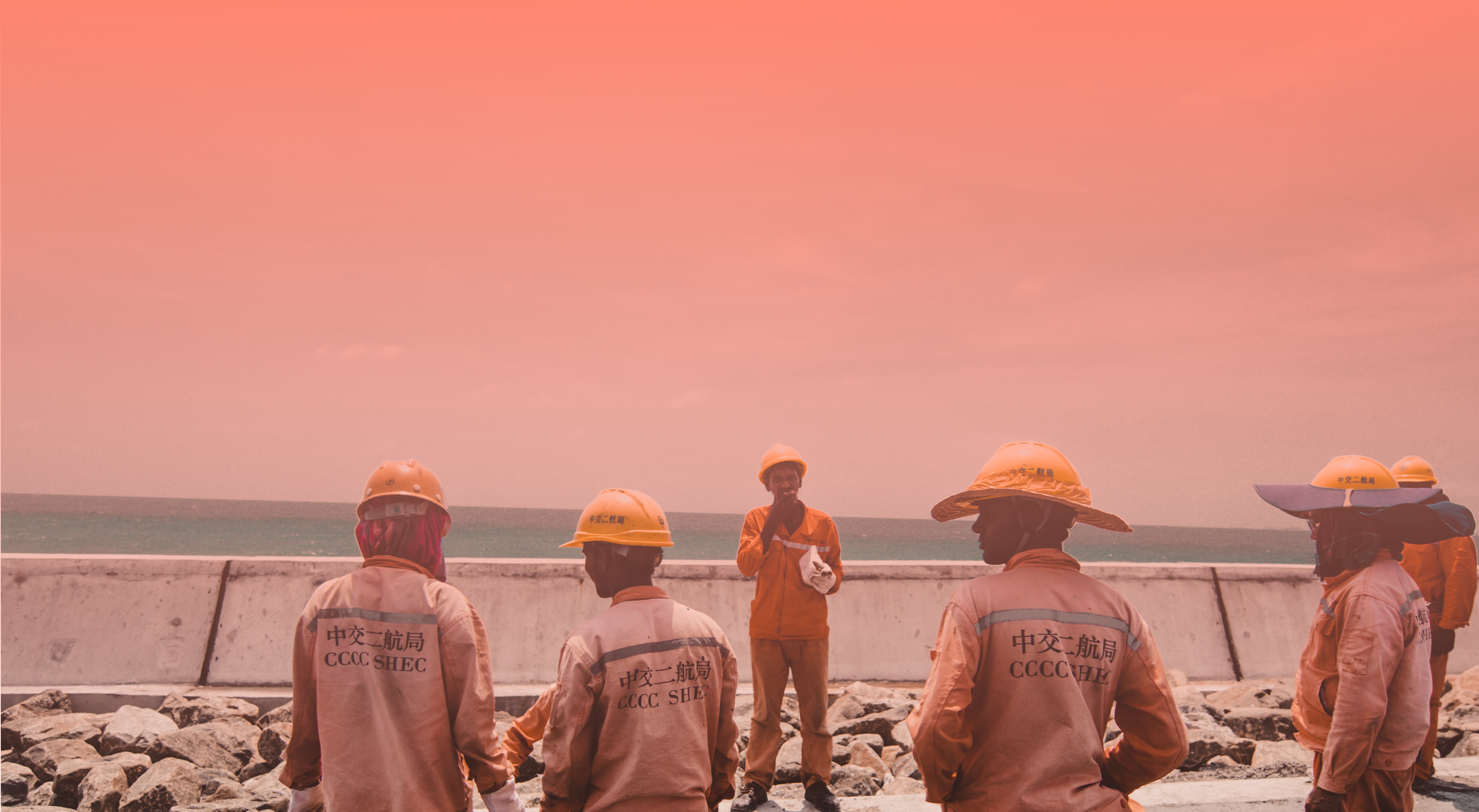 Dialogue: Heat in the Workplace 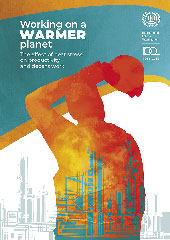 Working on a warmer planet: The effect of heat stress on productivity and decent work 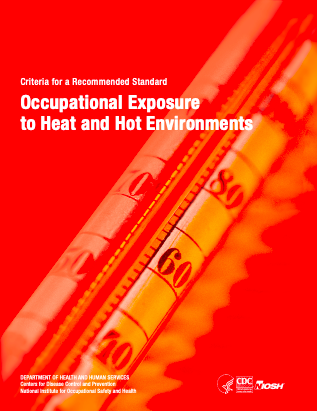 Occupational Exposure to Heat and Hot Environments: Criteria for a Recommended Standard

US National Institute for Occupational Safety and Health (NIOSH) 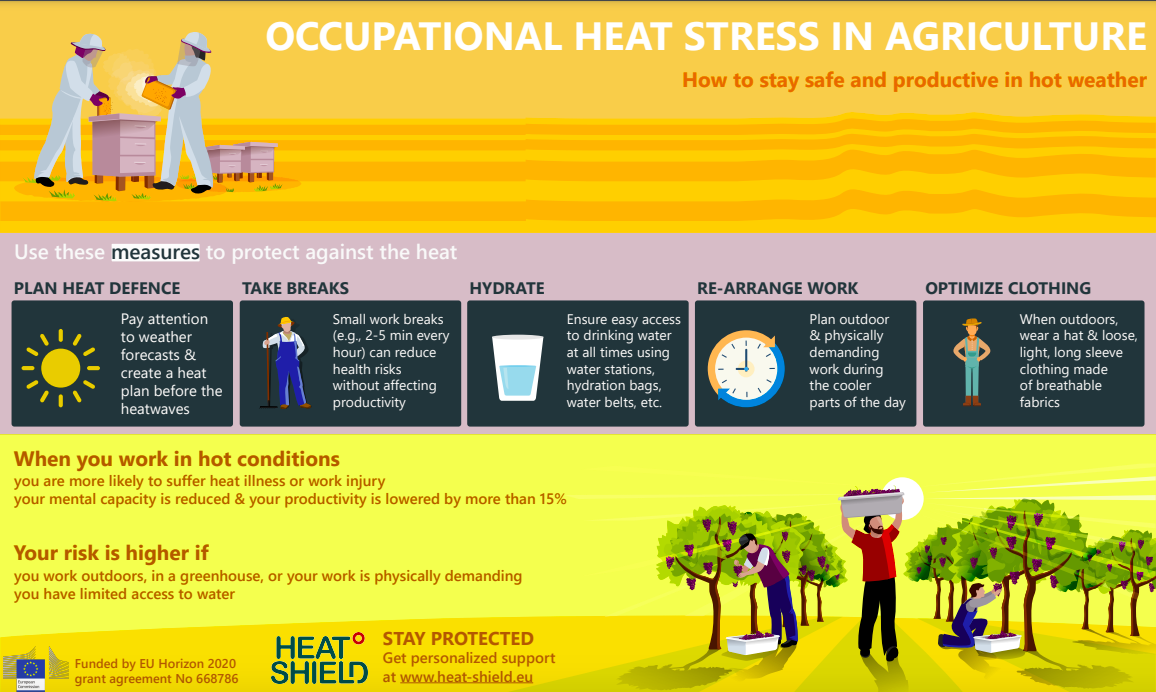 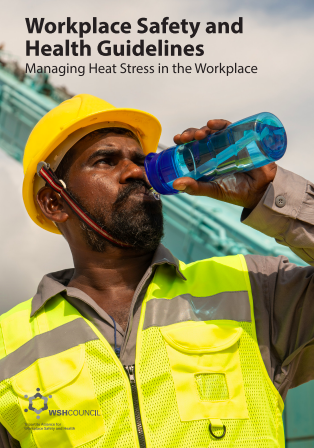 Workplace Safety and Health Guidelines: Managing Heatstress in the Workplace

For information on personal cooling and heat illness detection and management, please see our section on managing and adapting to heat in the body.