Welcome to our new website! Please be patient with us as we complete testing over the next few weeks.

How heatwave insurance can help cities adapt to climate change 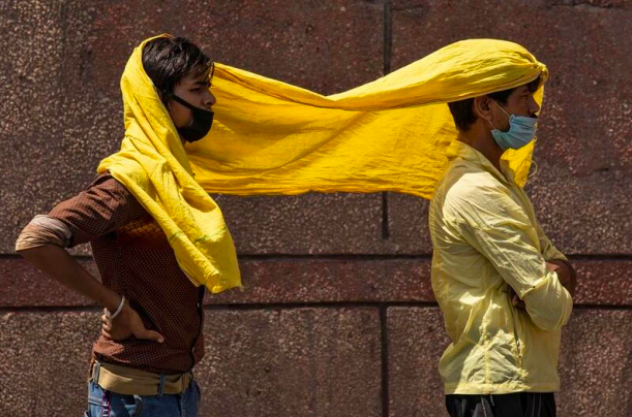 As cities bake on a warming planet, insurers cook up heatwave cover 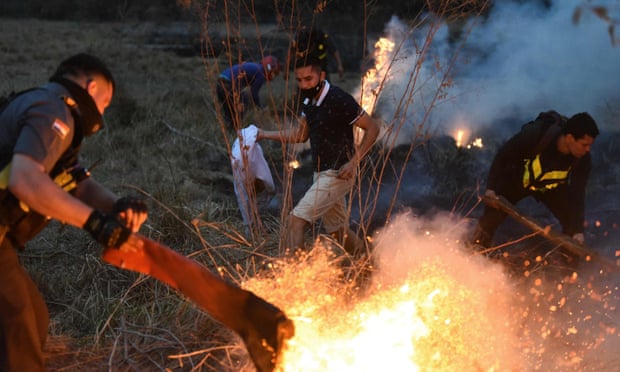 The Guardian. Country faces more than 5,000 fires, with yellow smoke reaching the capital as neighbouring Brazil and Argentina face blazes. 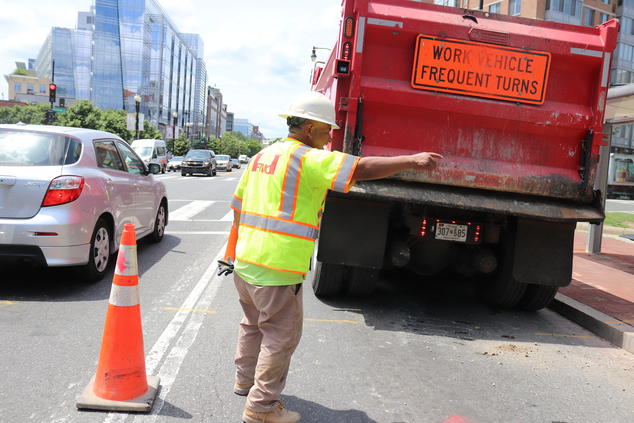 NRDC. Senators Kamala Harris (D-CA) and Sherrod Brown (D-OH) just introduced the “Asunción Valdivia Heat Illness and Fatality Prevention Act of 2020.” The bill, which comes on the heels of record-breaking heat across the Southwest, directs the U.S. Occupational Safety and Health Administration (OSHA) to develop a comprehensive, enforceable standard to protect outdoor and indoor workers from the health harms of extreme heat. 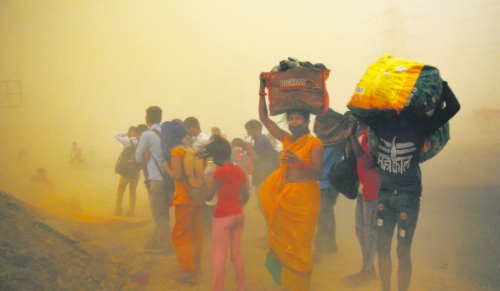 Mint. 2020 is on track to becoming one of the hottest years ever recorded globally. But nowhere is extreme heat and humidity as much a threat as in India. 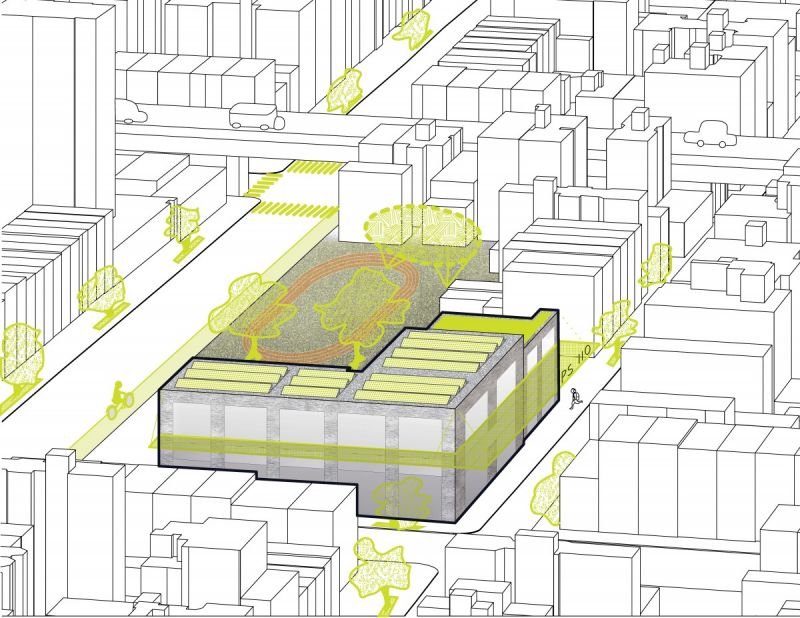 Next City. Extreme heat events are projected to happen more frequently, last longer, and be more severe in coming years. Exceedingly high temperatures that currently occur once every twenty years may occur as often as every two to four years by the turn of the next century. These projections are deadly — over the last three decades, extreme heat has caused more fatalities than any other weather-related event in the United States. 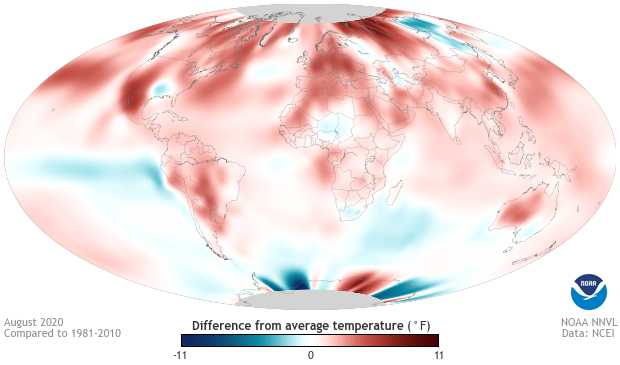 August 2020: The warmest summer on record for the Northern Hemisphere comes to an end

NOAA. The Northern Hemisphere summer ended the way it began, with blistering heat, as summer temperatures across the northern half of the planet were hottest on record, over 2°F above average, according to the latest monthly summary from NOAA’s National Centers for Environmental Information. Across the entire planet, both August and the June–August period were the second hottest on record, continuing a streak of record- or near record-breaking temperatures that has dominated 2020 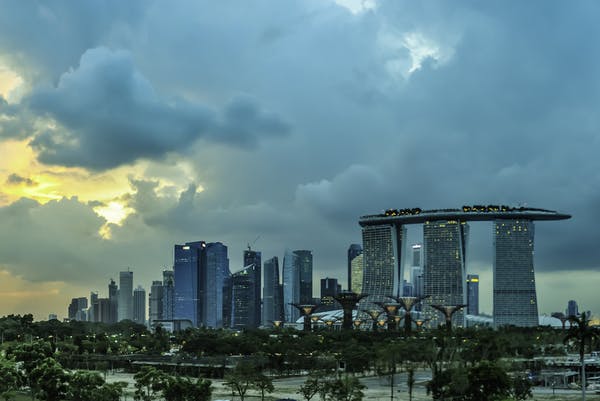 The Conversation. More than 3.3 billion people live in the tropics, representing about 40% of the world’s population. Despite some areas of affluence, such as Singapore, the tropics are also home to about 85% of the world’s poorest people and are therefore particularly susceptible to the impacts of climate change. 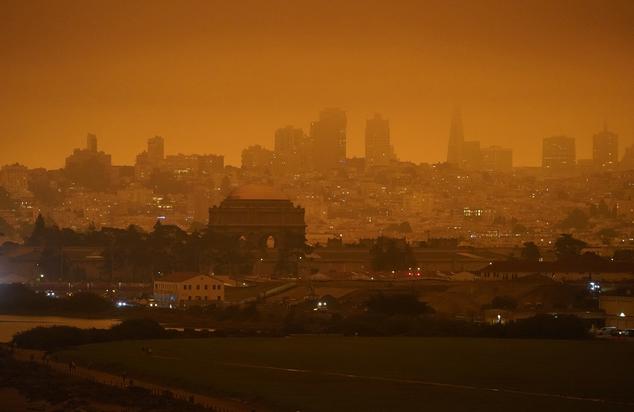 Western Heat and Wildfires Rage On, with Millions at Risk

NRDC. The health risks of searing heat and wildfires are growing, and climate change is making things worse.

A Climate Reckoning in Fire-Stricken California

Heat kills. Why don’t we talk about it that way?

Grist. Who isn’t mourning the waning weeks of summer? It’s the season most people look forward to all year. Long days on the beach, 9 p.m. sunsets, perfect tomatoes: What more could you want? 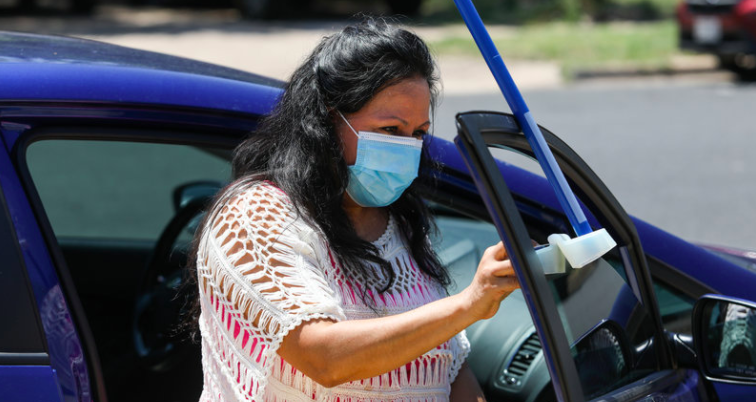 NPR. This summer volunteers are fanning out in 13 cities across the U.S. to — quite literally — take the temperature of their neighborhoods. It's part of a project to help protect people as the world warms, and in many places it's highlighting how the poorest areas suffer most from rising urban heat. 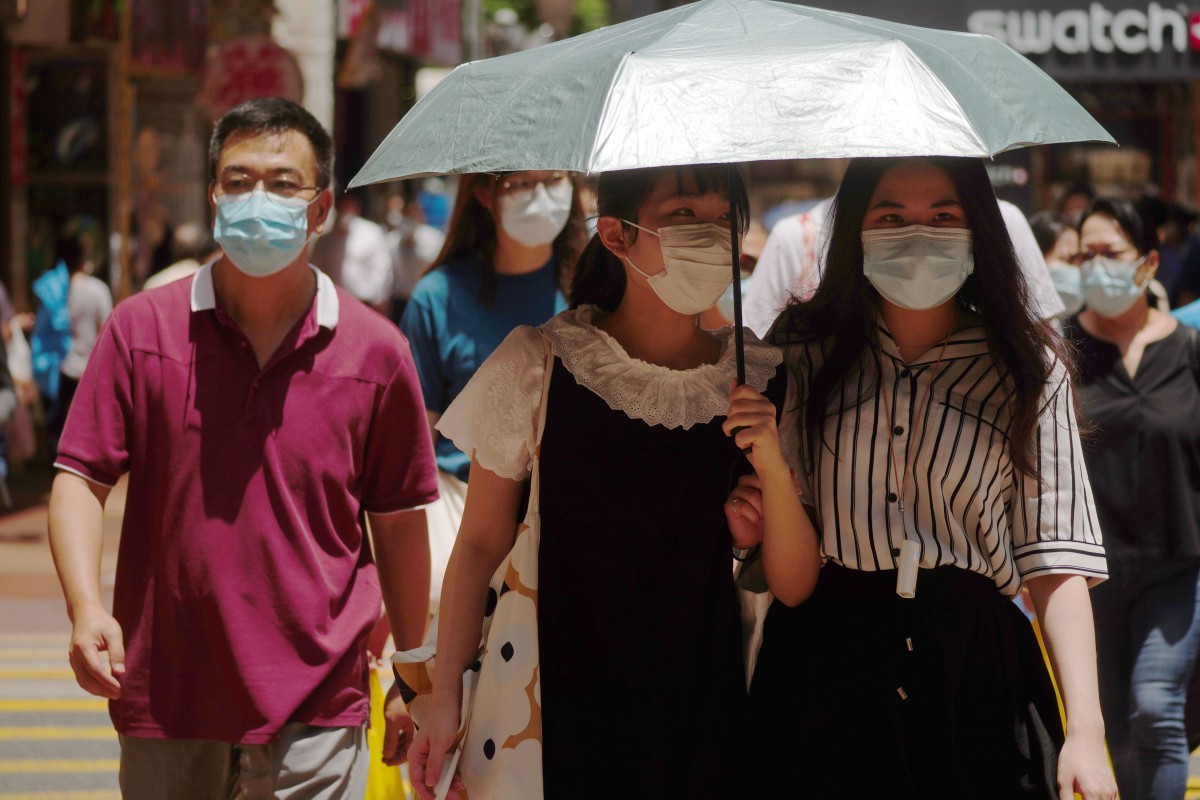 South China Morning Post. Consecutive hot nights pose a higher risk to public health than hot days, and bring a 6 per cent higher risk of death for women and the elderly, a study by a Hong Kong university has found.

Halfway to boiling: the city at 50C

The Guardian. It is the temperature at which human cells start to cook, animals suffer and air conditioners overload power grids. Once an urban anomaly, 50C is fast becoming reality.

The Guardian. The past decade was the hottest ever recorded globally, with 2019 either the second or third warmest year on record, as the climate crisis accelerated temperatures upwards worldwide, scientists have confirmed.

New York Times. Earth is overheating. This year is poised to be one of the hottest ever. Millions are already feeling the pain, but the agony of extreme heat is profoundly unequal across the globe.

Heatwave Harry? As temperatures soar, naming the threat may save lives 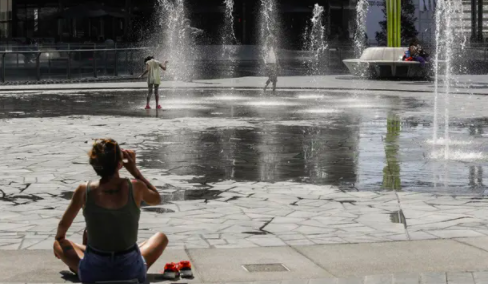 Rising temperatures will cause more deaths than all infectious diseases – study

The Guardian. Poorer, hotter parts of the world will struggle to adapt to unbearable conditions, research finds.

Bloomberg. Your future risk of dying from heat will be determined more than anything else by where you live and the local consequences of today’s economic inequality. That’s the conclusion of a major paper released today by the Climate Impact Lab, a research consortium that spent years mapping the relationship between temperature, income, and mortality 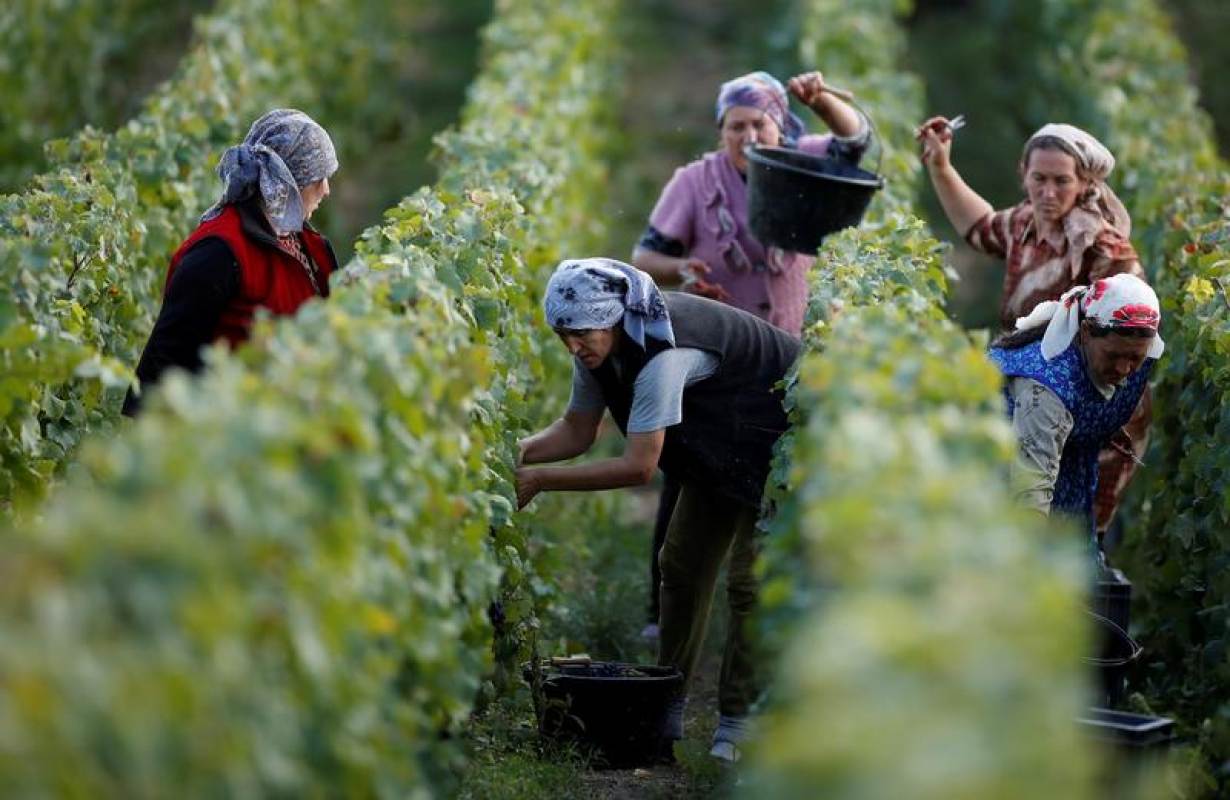 As workers sweat, pressure grows on employers to turn down the heat

As global temperatures rise, workers are increasingly struggling to cope with heat on the job and companies are starting to adapt their practices. 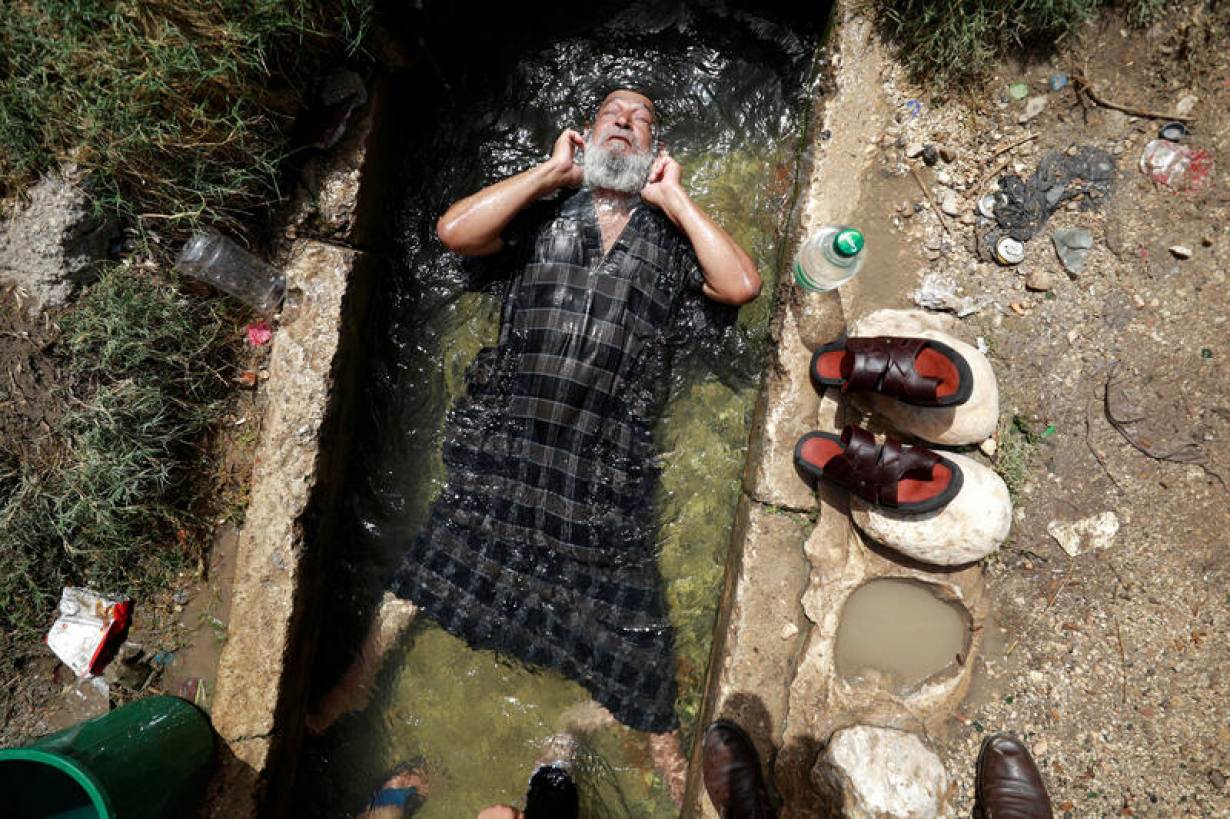 From spray parks in water-short Cape Town to heat-reflecting pavements in Tokyo, cities around the world that face worsening heatwaves as the planet warms are rapidly adopting innovations to try to beat increasingly deadly heat. 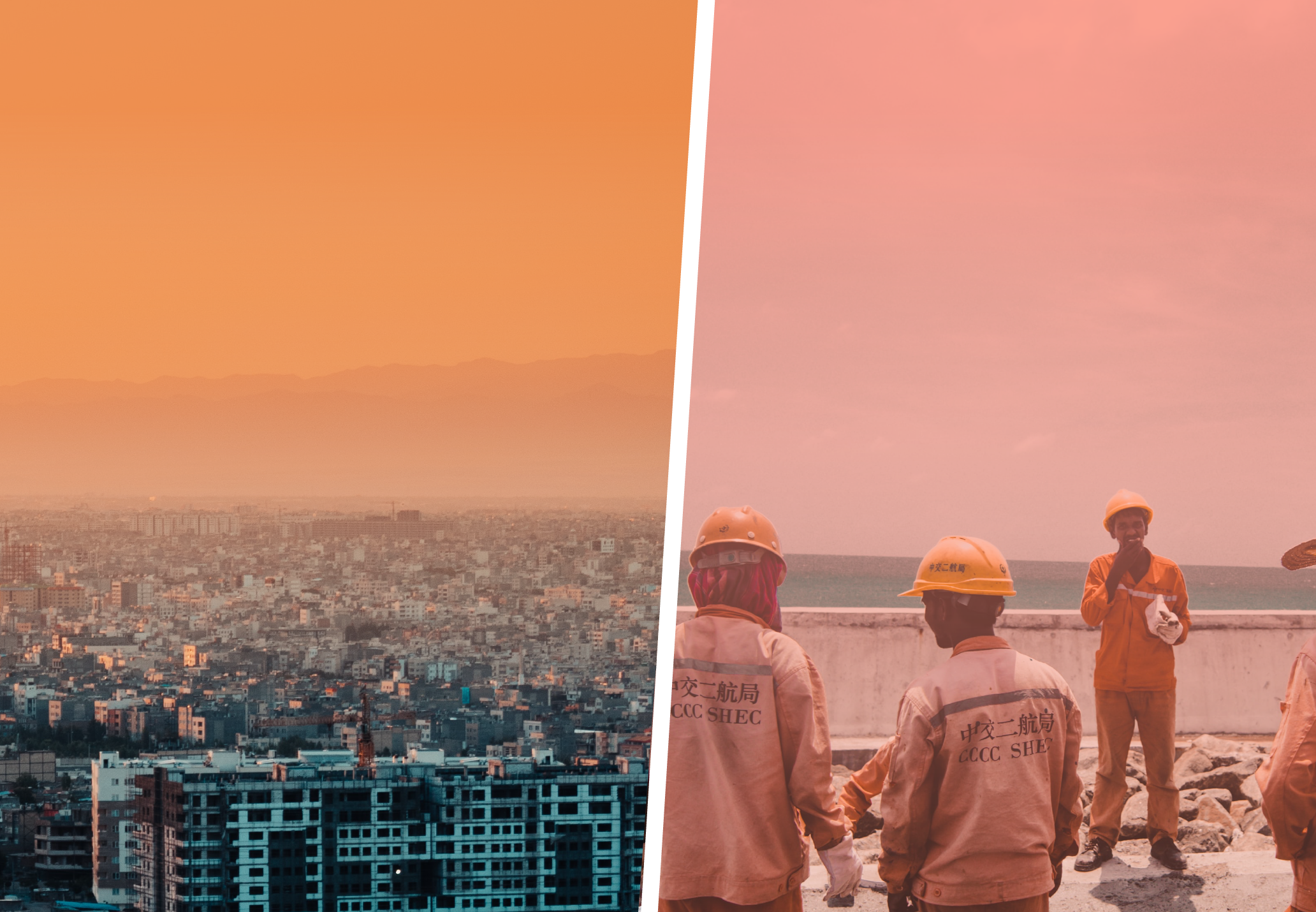 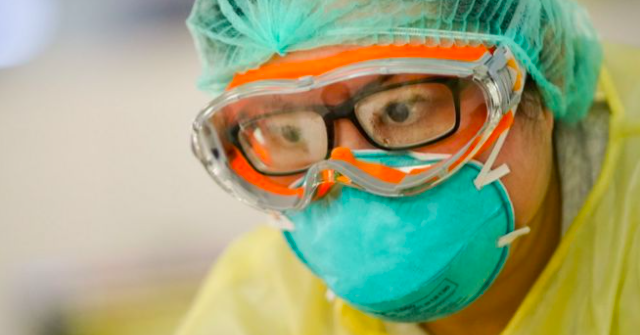 Climate change: Summers could become ‘too hot for humans’

BBC. Millions of people around the world could be exposed to dangerous levels of heat stress - a dangerous condition which can cause organs to shut down. 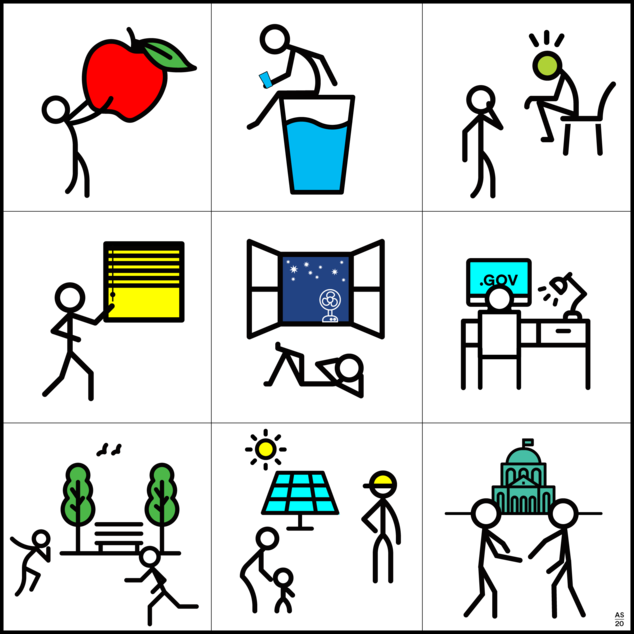 How to Find Relief During Summer Heat Waves in the City

NRDC. Extreme heat is already a public health threat—now, COVID-19 may make that impact worse. Here are some quick tips and long-term strategies to help keep you and your neighbors cool.

Why Africa’s heatwaves are a forgotten impact of climate change

Carbon Brief. Recent summers have demonstrated dramatically that heatwaves are not only deadly, but they are already being influenced by human-induced climate change. 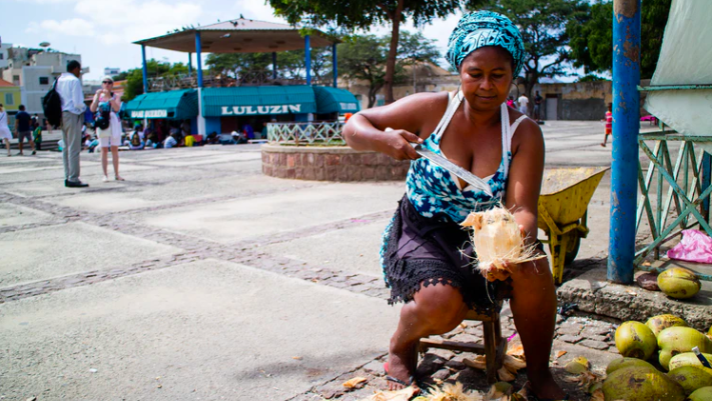 Reuters. Heatwaves over the last century in sub-Saharan Africa have not been properly recorded, undermining early warning systems to save lives and prevent economic losses caused by soaring temperatures, a University of Oxford report said on Monday.

Reuters. As heatwaves become more commonplace, lack of shade in can have devastating effects on those who live and work on city streets

Rapid, interactive learning of best practices and science for essential applications in heat health, taught by leading experts in the field.

European Commission. Today, the European Commission’s independent Group of Chief Scientific Advisors (SAM) published their opinion ‘Adaptation to climate change-related health effects’ which contains advice and recommendations on how the EU can help to make our societies, and in particular health sector, better prepared and more resilient with respect to impacts from climate change on health. 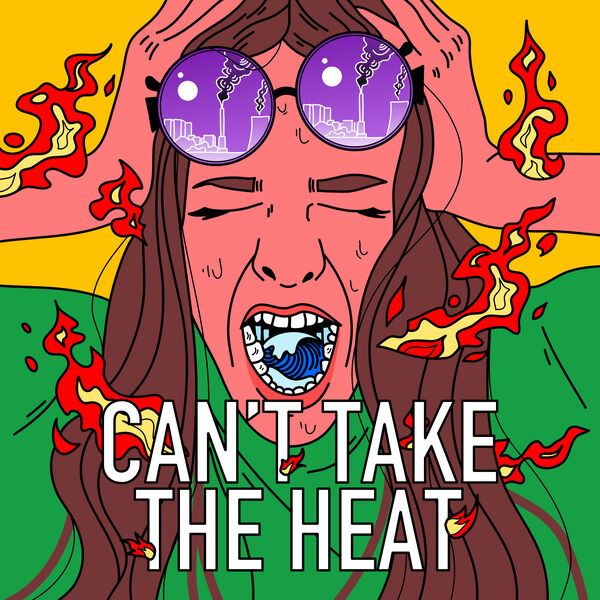 Red Cross Red Crescent Climate Centre. Host Roop Singh approaches the biggest challenges posed by climate change, like more intense and frequent heatwaves, from a humanitarian perspective. How will the impacts of climate change affect people around the world? What are the big solutions that are in the works? How do we make them happen? The podcast features experts from around the world including leading scientists developing climate solutions, and humanitarian volunteers telling stories of climate change from the frontlines of disasters. 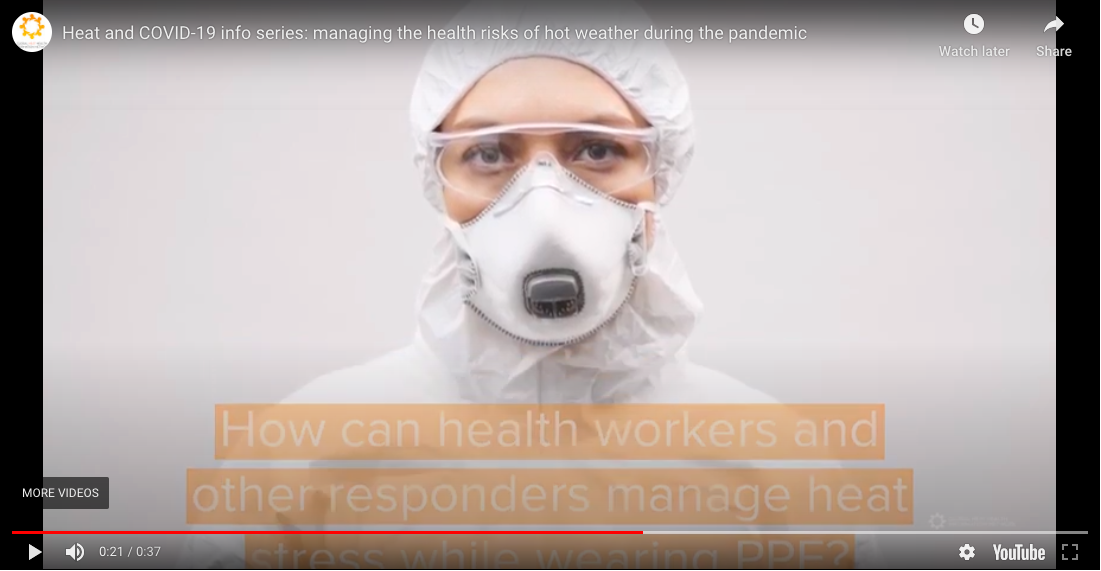 Information for decision-makers on managing the combined risks of extreme heat and COVID-19.

Umbrellas for social distancing: The Kerala way of fighting COVID-19

The New Indian Express. In a bid to ensure social distancing, the Thanneermukkom Gram Panchayat in Kerala's Alappuzha district has come up with a unique initiative - every resident will step out with an umbrella.

Summer heat waves could be deadlier because of COVID-19, health officials warn

Chicago Tribune. As summer descends on the U.S., public health experts are warning that the coronavirus could make intense heat waves deadlier, adding to the devastating death toll the country has suffered. 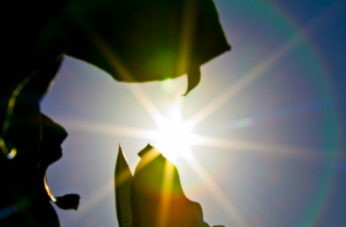 American Heart Association. People living in inherently hot regions of the world may be at particularly high risk of heat-related cardiovascular death. 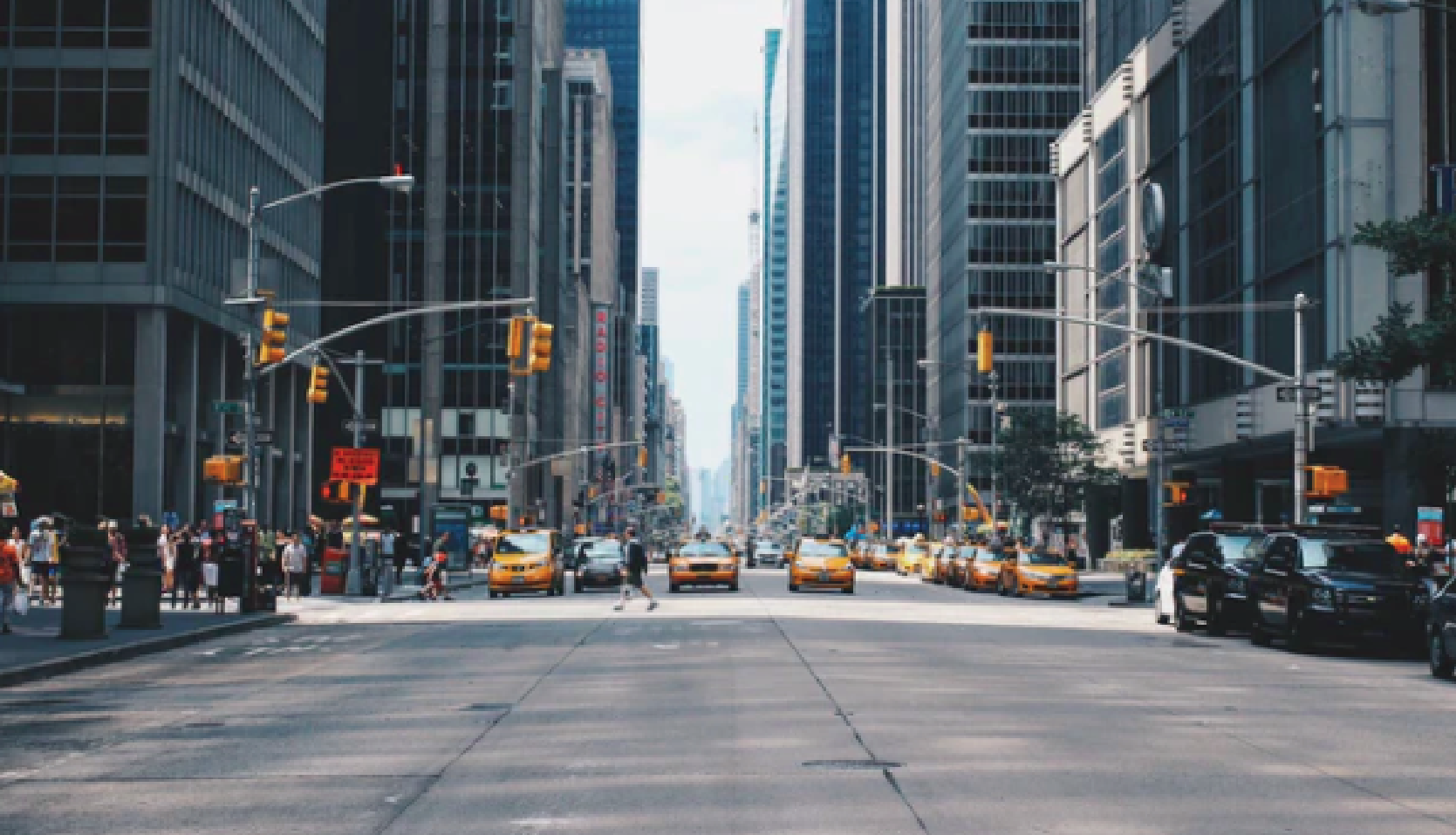 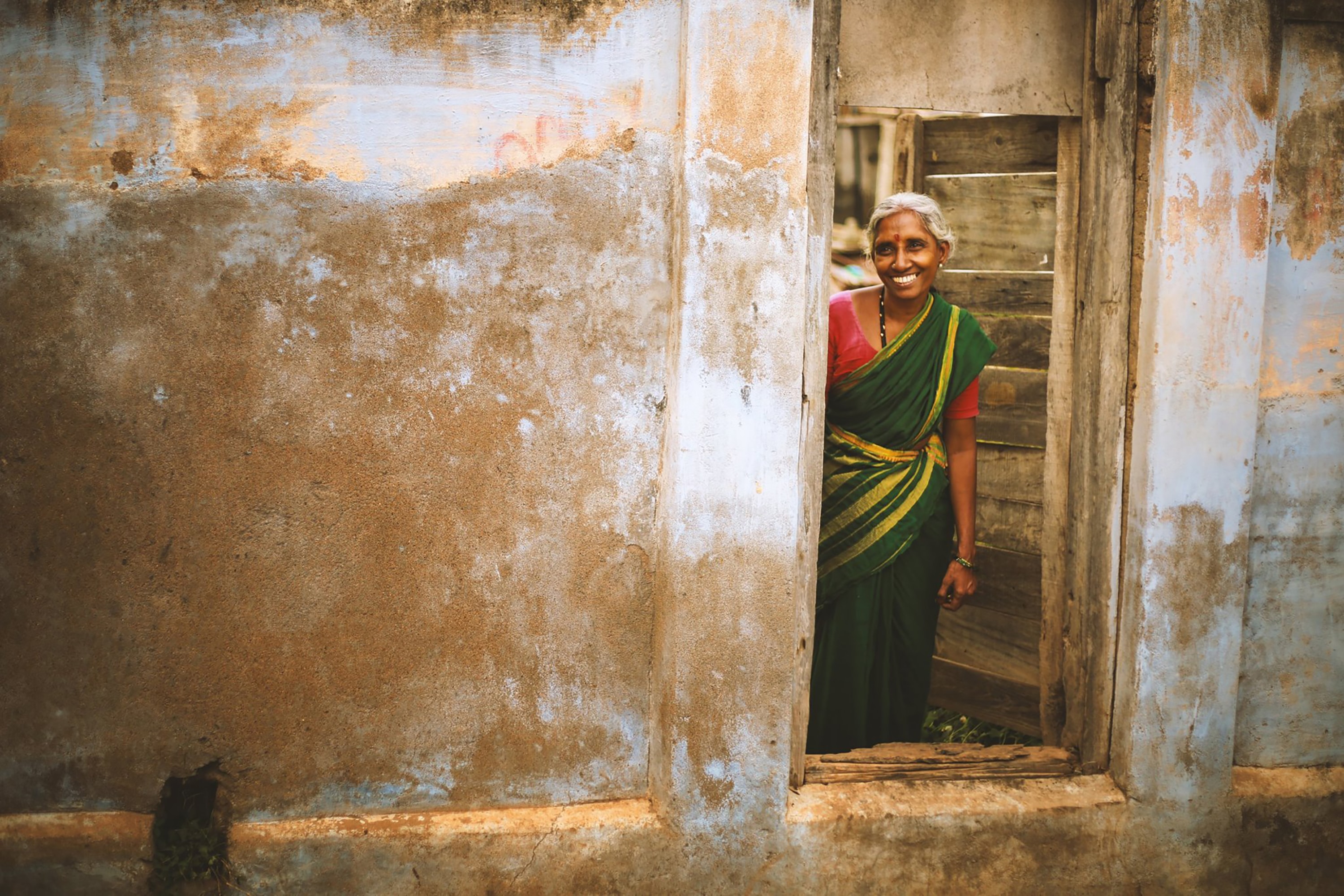 The South Asia Heat Health Summit took place on 14 February 2020 in Pune, India, in conjunction with the International Conference on Climate Services 6. 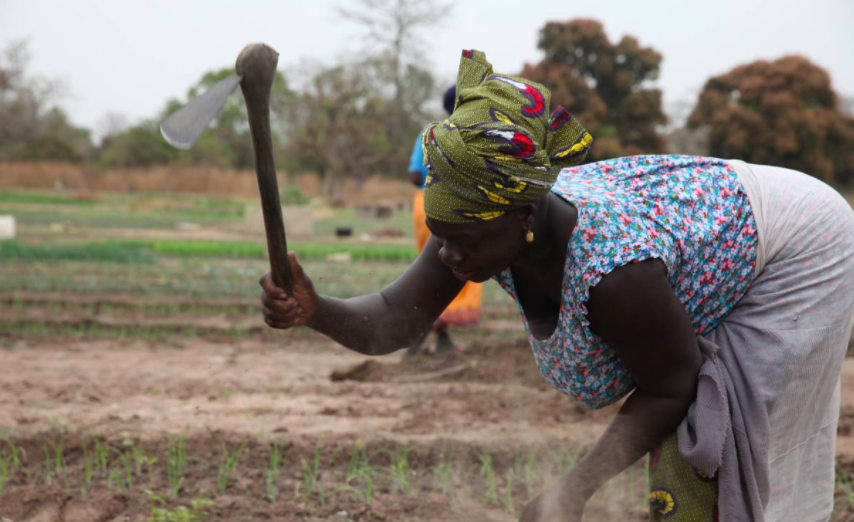 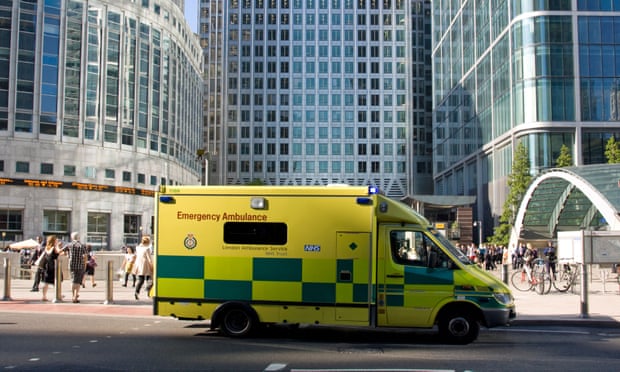 Heatwaves in 2019 led to almost 900 extra deaths in England

The Guardian. Analysis shows impact of climate emergency in year of record temperatures. 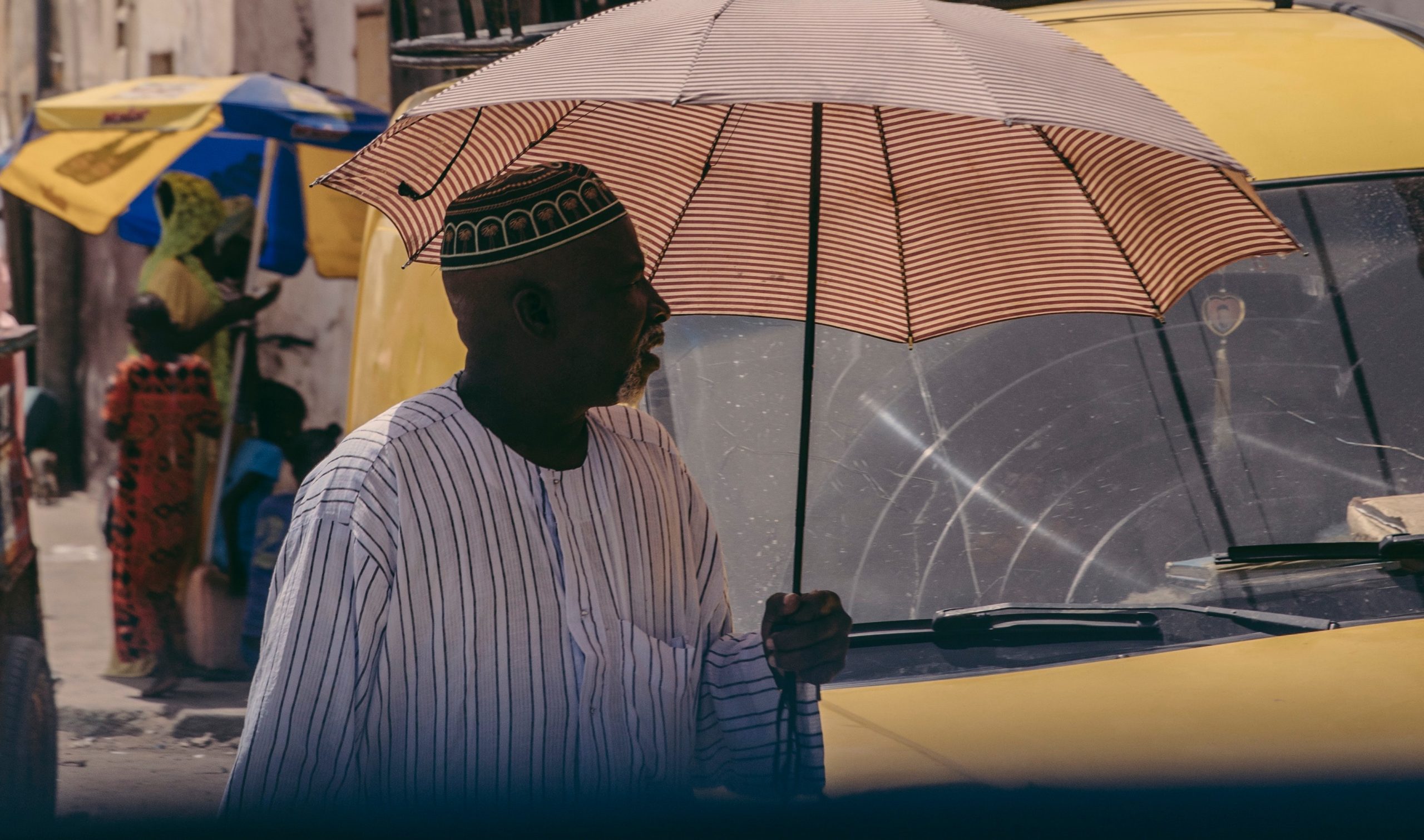 Heatwaves and Health in the Sahel

The Ministry of Health of Senegal and The Senegal National Agency of Civil Aviation and Meteorology (ANACIM), conducted a regional training workshop that brought together meteorologists and health professionals from Burkina Faso, Mali, Niger, and Senegal to learn how to use heatwave forecasts to prepare a heatwave early warning system and issue outlooks of impacts of extreme heat on human health.

How to keep cool in a blackout during a heatwave

University of Sydney. If there is no power for air-conditioning, and tap water is the only resource available, spreading it across the skin is the best way to prevent the body overheating irrespective of the climate, according to a new study from the University of Sydney. 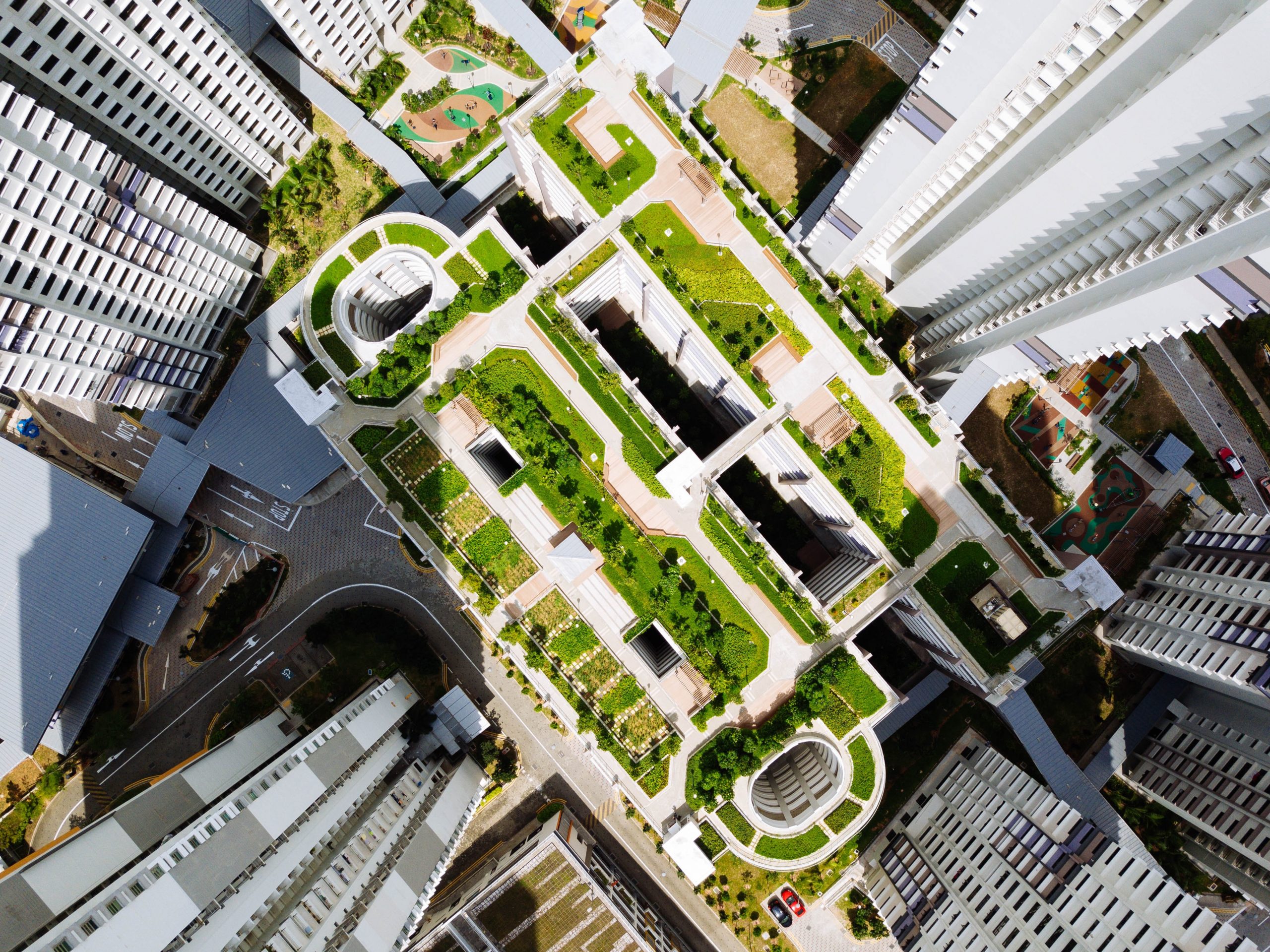 Many of the same actions that can reduce the carbon emissions that are driving climate change can also bring improve health and wellbeing. We encourage you to act on health at the UNSG 2019 Climate Action Summit by committing to one of the goals of the Social and Political Drivers coalition. 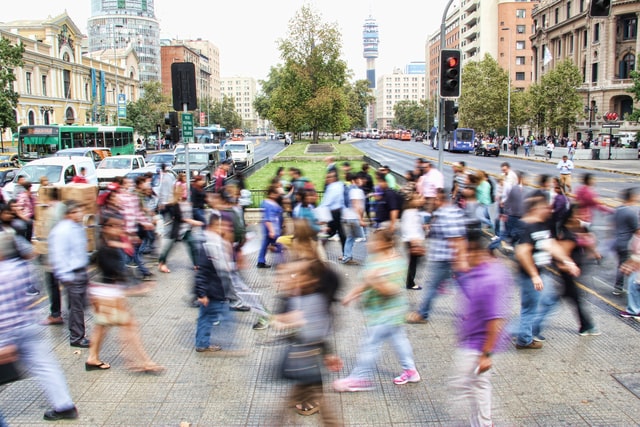 Responding to increasingly frequent heatwaves is an emerging demand on Chile's health sector. In August 2019, global experts gathered in Santiago to review current mechanisms for predicting and responding to heatwaves, and to identify opportunities to improve forecasting, preparedness and the human impact focus for heat health in the context of the countryâ€™s climate change adaptation policy and emergency preparedness and response system. 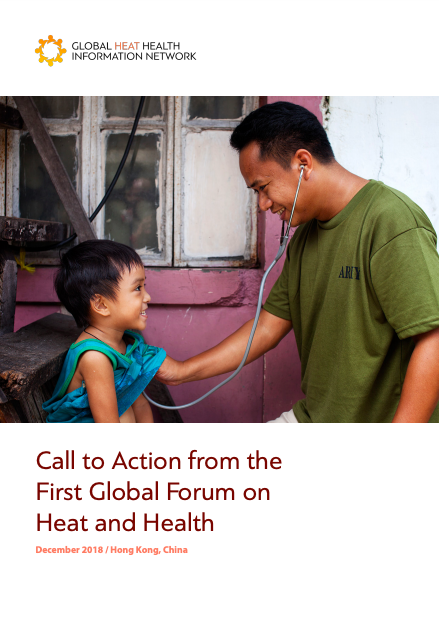 Call to Action from the Global Heat Health Information Network

The Global Heat Health Information Network Call to Action was launched in May during the UNDRR Global Platform for Disaster Risk Reduction in Geneva, to highlight critical steps to strengthen heat action. 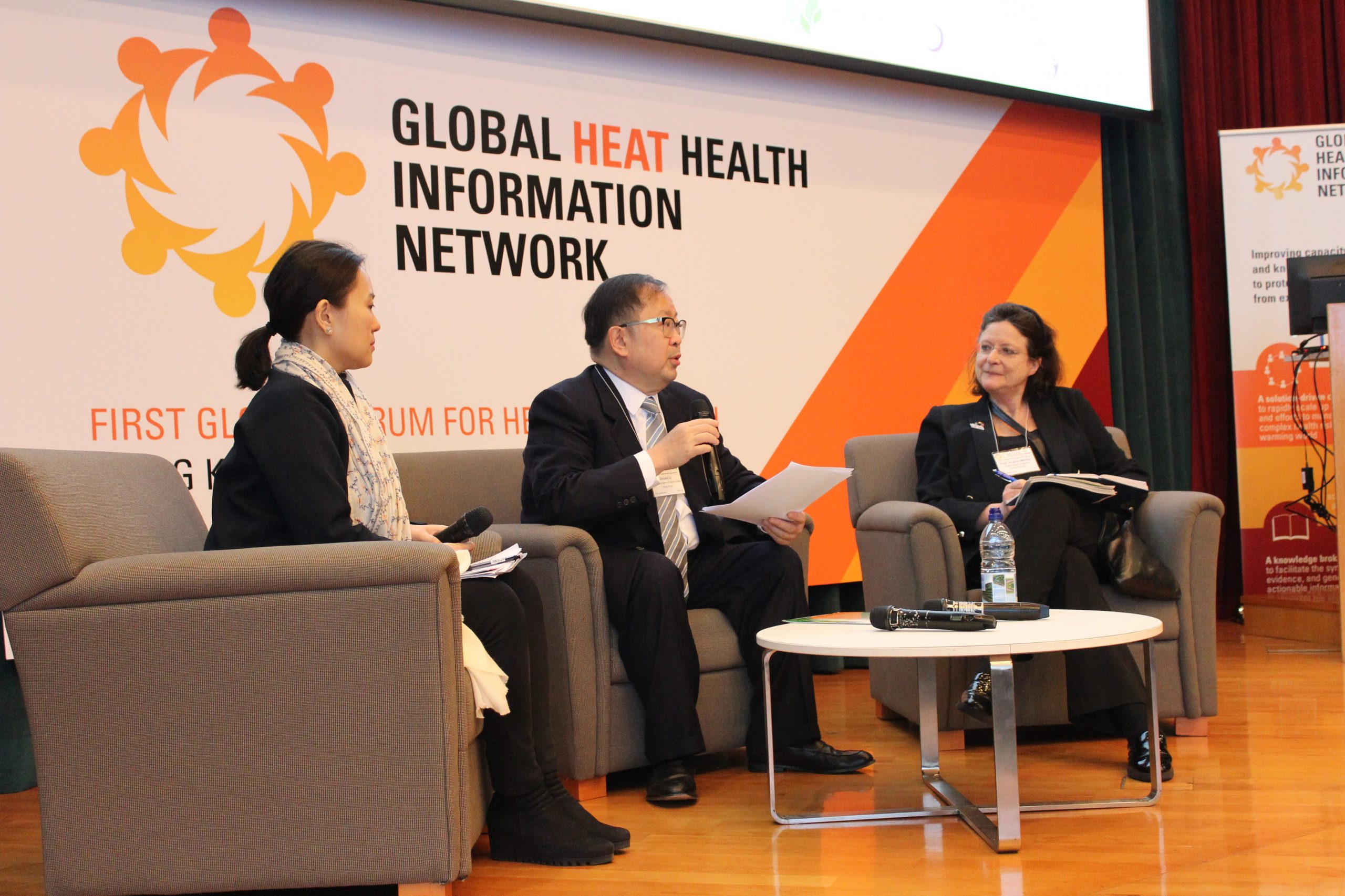 Extreme heat poses a serious and growing risk in all world regions, but heat-related deaths are largely preventable. The First Global Forum on Heat and Health, held in Hong Kong, China, from 17 - 20 December 2018, addressed this challenge and formally launched the Global Heat Health Information Network.